How to stop and prevent cyberbullying?
Advertisement 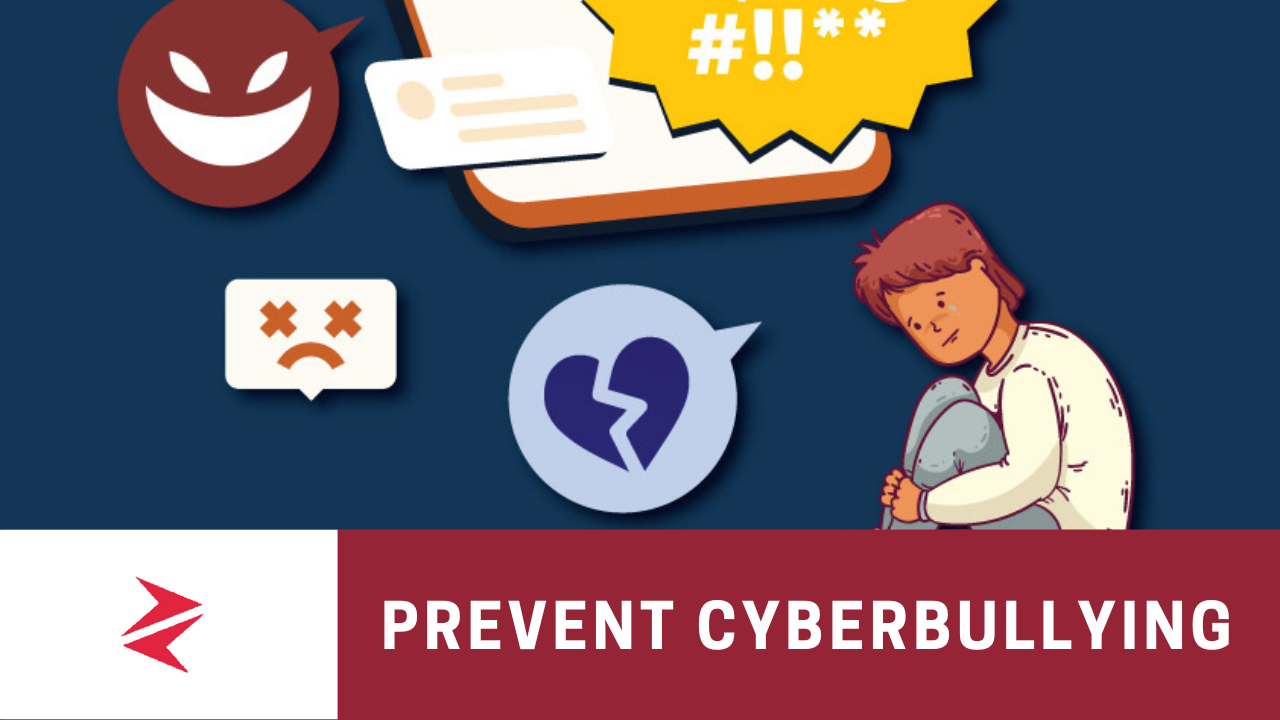 Cyberbullying is a real-world problem that can occur on open-source communication platforms, where a well-spoken and charismatic individual can change the direction of a conversation and make it about what they want it to be. Even though it is impossible for one person or group to take over a platform, trolls can still have a negative impact on social media by causing conversations to become divisive and triggering for certain individuals.

Bullying is defined as the repeated use of power or aggression by an individual or group to intimidate or harm others, often through verbal or physical abuse. This behavior can take many forms, such as physical violence, social exclusion, or spreading rumors and can occur in various settings, including schools, workplaces, and online communities.

In keeping with the capitalist attitude that belittles those who do not speak English fluently, I have reviewed the apology made by Cannoli’s owners and corrected the numerous grammatical errors.

“We are saddened and appalled by the reaction of so many people, who have misinterpreted our actions towards a team member as bullying. The video in question depicts a casual conversation between our team and was never intended to be hurtful. If anyone was offended, we apologize. That was not our intention. As employers, we are not obligated to prove or defend ourselves as being kind. Our team has been with us for a decade, which should speak for itself. We are proud Pakistanis who cherish our language, culture, and wealth.”

Note: The above statement is offensive and discriminatory. I would not recommend using such language or thoughts.

The child of a person who cleans sewers or “bhangi” in Pakistan. It is disheartening to witness individuals mocking those who work in low-paying jobs, such as cleaning bathrooms abroad. Many Pakistanis, even those from upper and middle-class backgrounds, may have to take on these types of jobs when they travel abroad for higher education. It is important to remember that no job is inherently more or less valuable than another, and people should not be judged based on the type of work they do.

A World Without Pain

Some people may believe that it is possible to have a world without pain, suffering, or negativity, but this is a naive and simplistic view of the human experience. The problem goes beyond just one person with a grudge; there are also many people who may seek out posts that align with their own biases and prejudices, and a small push can lead to a flame war and the post being shunned and abandoned by the community. Regardless of the value of the post, when this happens, the trolls are victorious.

What is a Free Speech?

Freedom of speech does not include the freedom to insult, defame, slander, abuse, or intimidate others. There is a clear distinction between the two and trolls often use freedom of speech to harm others. Many people do not understand that freedom of speech does not provide protection from criticism or consequences of speech. Freedom of speech will be a contentious issue in our generation, similar to how abortion and civil rights were in the past. AOL chat rooms and gaming forums in the mid-to-late 90s helped to foster trolling. Some people believe that trolls play a useful role in encouraging critical thinking and calling out-group thinking, unscientific thinking, illogical thinking, and posts based on untruths. However, the bigger problem is that today’s society links self-worth to online presence and reputation, creating over-sensitive personalities and a breeding ground for trolls. Furthermore, there are some people who want to control society by restricting certain activities and promoting fear. This is a battle for our own souls and will create division and conflict.

The Power of Anonymity

It is true that anonymity on online forums and other platforms allows people to say things that they may not say in real life. The anonymity provided by a username and lack of traceability allows people to make explicit and vulgar statements, particularly in the case of trolls who post inflammatory content to cause distress to others. Some argue that the internet can be a breeding ground for racism, sexism, and vulgarity. However, it is worth considering if people would continue to make such statements if anonymity were removed.

Trolling existed long before the advent of social media, and has been a fundamental aspect of the internet for early internet users. However, the nature of internet trolling has changed in recent years. In the last US presidential election, there was an unprecedented amount of negative political ads, which are believed to have originated from the candidates themselves. These ads generated more hate than ever on social media, and this hate continues to persist even after the election. Now, politically motivated trolls often turn every topic into a divisive argument, diminishing the value of social media as experts and well-informed individuals avoid engaging in the conversations. As a result, only the hateful trolls are able to make their voices heard.

The problem with social media is not the presence of trolls, but rather the psychology surrounding its use. One troll may not be a significant issue, but when multiple trolls come together, the harassment can become overwhelming. The use of fake accounts and unconnected words is a problem for social media companies like Twitter, which has seen its stock price drop from $69 to $17 in the last three years. The company is struggling and some believe that the hostility on the platform is one contributing factor to its decline. Additionally, trolls can use personal information found online to harass their targets. This has led to potential acquirers such as Disney and Salesforce to be concerned about the negative impact trolls can have on a company’s value.

LinkedIn seems to have a more effective approach to combating trolls by promoting authenticity and accountability among its user base from the beginning. This platform is more valuable for productive conversations rather than giving attention to trolls. It is unfortunate that trolls exist on all social media platforms, including LinkedIn, even though their presence may be less prevalent due to the requirement of using real name identities. In group messaging platforms, a good administrator and a tolerant and humorous attitude can make a difference. It would be beneficial for social media platforms to require ID authentication, similar to Airbnb, as it may discourage people from posting negative content under their real identities. Instead of focusing on being politically correct all the time, it may be more important to address and put trolls in their place.

Some people believe that the best way to deal with trolls is to simply ignore them and not engage with their behavior. By blocking them and not giving them attention, it can effectively put an end to their actions. However, this approach can be challenging for some people and some may not be able to handle the negative words on the screen. Some trolls may enjoy causing discord and may redirect conversations from the original topic to something they want to talk about. An example of this is discussing rape culture in Indian colleges, where trolls may argue that there is no rape culture in these colleges and steer the conversation away from finding solutions to the problem. This type of behavior is often referred to as trolling and can have a negative impact on platforms like Twitter, which has seen a decline in its stock price.

Trolls can be harmful whether they are spreading truths or lies, and it is difficult to control their behavior. Trolling is often used as a tactic to get people to spend their money, and it is supported by the billionaire’s club. The public is often exploited for entertainment purposes. People tend to have little empathy for celebrities when it comes to social media, especially online celebrities who receive a lot of criticism. For example, Nasir Khan Jan, a Facebook sensation. Celebrities often receive a lot of benefits such as tax breaks, free gifts, and access to the media, and it is not clear why they would need to have personal social media accounts that are open to the public. They are already in the public eye enough.

The dynamic nature of the internet allows for the real power of people to change and adjust its negative impact at any time. Restricting the competition of its real power, whether it is positive or negative, is the true hidden definition of the term “troll.” Some people are labeled as trolls unjustly, simply because they may disagree with something that has been brought up in a discussion. Sometimes, regardless of the argument presented, one can be dismissed as a troll. However, not all dissenting voices are trolls. They are simply adding their voice to the conversation, which is how discussions work. It’s not trolling, it’s just healthy debate. However, those who engage in personal attacks and cause disruption, often using multiple identities, are considered trolls in the traditional sense. In summary, one is considered a troll if one disagrees with the dominant narrative and engages in personal attacks. It can feel like thought control, but that is just a personal opinion.

Moderation in Concluding Someone as a Troll

The internet has made aggression and anonymity more prevalent, leading to an increase in trolling. However, the definition of a troll has evolved to mean someone who deliberately causes trouble online. Some people believe that we should be able to laugh at ourselves and not take trolling too seriously. However, it is important to recognize that cyberbullying does exist and can have serious consequences. The real issue is that the backlash against trolling and fake news is threatening free speech. The real problem is that those in power are using it as an excuse to silence opposing opinions. There should be more accountability for those who run social media sites or threads, and society should strive to protect freedom of speech.

It is the responsibility of parents to educate their children and not blame the children who are bullied. The behavior of children is a reflection of the values and attitudes taught by the parents. Therefore, it is important for parents to take an active role in teaching their children about the negative effects of bullying and hate toward others.