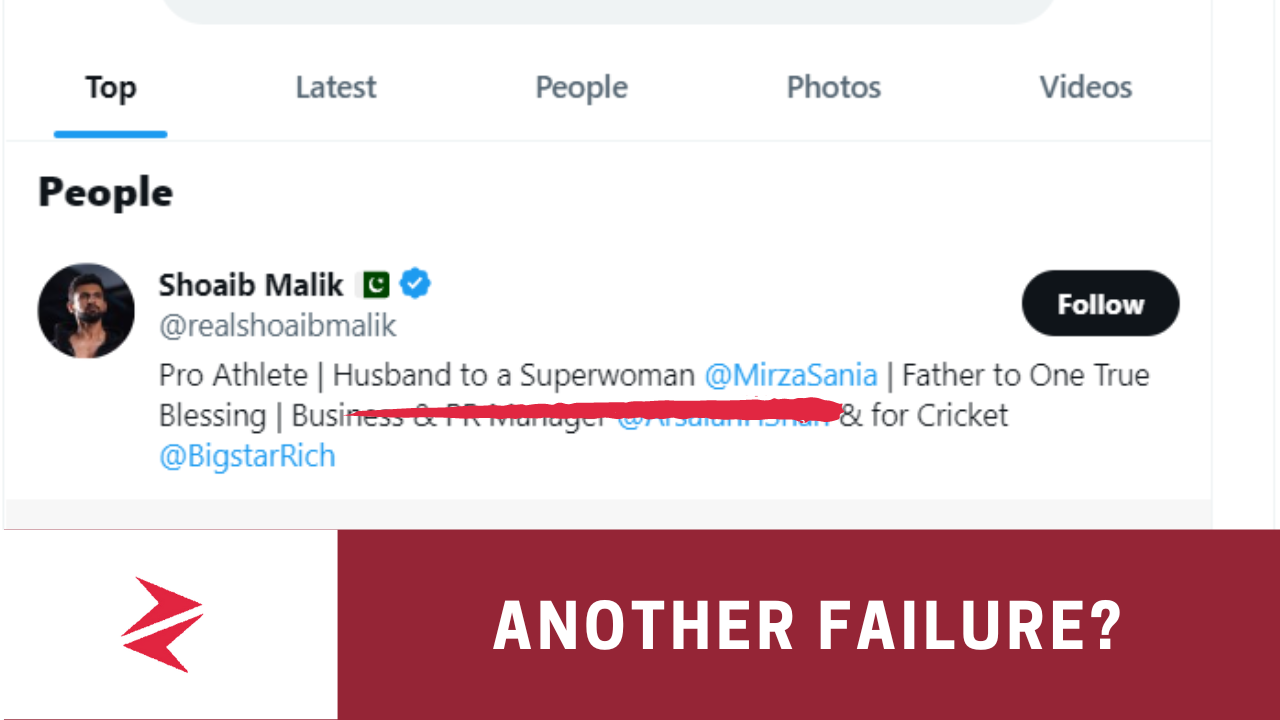 It seems like just yesterday when the media got all hyped for the 24-carat One Kilogram of weight Gold crown bestowed by Firdaus Ashiq Awan on behalf of the Sialkot community to Sania Mirza on Shoaib Malik’s wedding. Celebrity marriages never last. That is the cliché being echoed around the world, from Hollywood to Lollywood victims of high-profile marriages abound, but for Pakistani superstar cricketer, Shoaib Malik, and Indian hit tennis player, Sania Mirza it has been a roller-coaster journey of joy, love, bountiful harvests and enduring romance, albeit, not without some ups and downs.

An unusual couple they set out to be but nonetheless set to pay the price where it needed to be paid. As Sania’s fame grew in tandem with her fortune, she became a dominant (citing inferences from Kapil Sharma’s Show) that would have been too big to handle by any man, but Shoaib Malik knew the price to pay. Instead of allowing his ego to rule, he gave in to love and understanding, for that, is the real stuff true love is forged. He kept on traveling to Dubai.

The rumors of Sania Mirza and Shoaib Malik’s divorce are in the air. Some say the purpose of espionage has been met. They think this marriage was some spy and being called off as a failed convent of some sort of a consortium where intelligence agencies from both sides had to check out the hideouts and bring information from the rival countries. Some say it is because she was a gold digger and Shoaib Malik’s cricketing career is over. Some say it is because of that modeling photoshoot Shoaib did with Ayesha Omer seen submerged in pool water. Soakingly wet and drenched with emotions, the shoot was performed a couple of months back.

It is also said that Sania and Malik were together for their child’s birthday just a couple of days back and popular British-Pakistani boxer Amir Khan was also present. Seemingly, it is true with the photos being distributed over social media and knowing that Shoaib Malik also left A-Sports World Cup transmission for a day or two.

Everything being said, it is in the best interest of each of the individuals involved to take their media leave and settle the discourse of the relationship off-air. Shoaib’s family is quoted to suggest that there always are ups and downs in relationships and the matter is not that serious; however, Sania’s friends suggest that divorce has already taken place after 12 years of marriage and it is a matter of days for Shoaib to announce it officially after the world cup.

Why do Celebrity Marriages Fail?

Even then, it should not be discussed further. What can be discussed here is why divorces happen. You see ordinary boys and girls, both, rejecting each other for different (often at times) the most absurd and weird reasons. If both parties agree to the marriage, then apparently something happens and everything comes down to the wire. Not talking about celebrity marriages, but in general. What’s going on nowadays?

Married couples should have a better opinion on this based on their experiences. Apparently, they get to see that marriage isn’t happily ever after. There is a lack of intolerance, understanding, a departure from religion, a lack of expectations being met, and much more. Earlier upon people had fewer choices due to arranged forms of marriages and were bound by taboos and social norms. Now those norms don’t exist so they part ways rather than dragging each other.

Separation is better than a toxic marriage especially if you have kids. Finally, it should be no one’s business to interfere in personal matters. But celebrity lives are not entirely private; most externalities fall within the public domain. They offer themselves to be at the center of attention for peruse. Thus, matters around their lives become the talk of the town.