Why it was not an Umpiring Mistake?
Advertisement 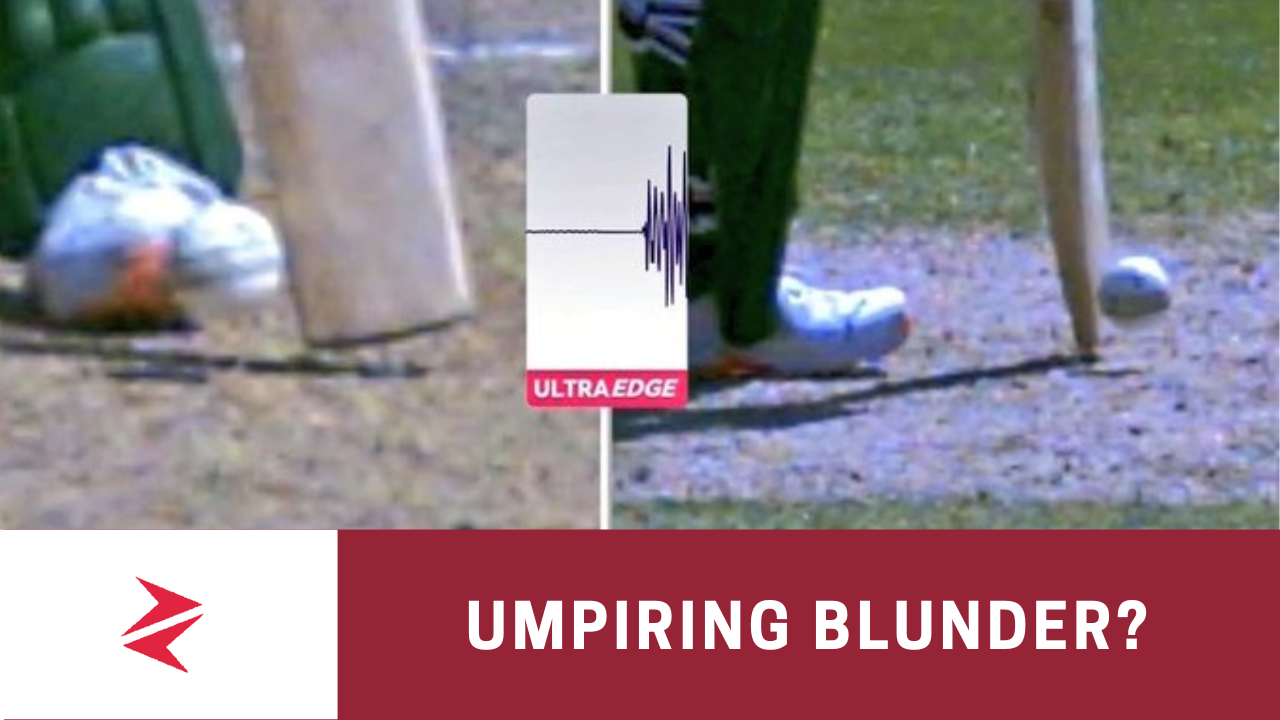 Umpiring standards have remained the most talked about subject during this World Cup T-20 Internationals. There was a 5-ball bowled over during Australia vs Afghanistan match.

Most recently, during Pak vs Ban encounter, yet again, there emerged an Umpiring Controversy over Shakib ul Hasan’s dismissal. Pakistan made it into the semi-finals following that.

Just previously, Bangladesh had also faced a similar controversy when Nurul Hasan claimed that the on-field umpires had missed an incident of “fake fielding” from Virat Kohli, which could have resulted in five potentially crucial penalty runs for Bangladesh.

Cricket definitely relies on the on-field umpire’s judgment; rather than qudrat ka nizam. For the off-field umpires, it is technology: DRS, line tracking, hawk-eye, stump mic, speed gun, spyder cam, Duckworth-Lewis method, and whatnot. The use of the Kalman Filter can even predict spin deflection on the ball. Umpires should often use it against their natural cognition. But first, they should know how to use technology first.

People need to use a little more common sense and actually take biased blinders off. This was actually one of the best decisions of the WC, and the 3rd umpire read the ultra-edge graph beautifully. The wave runs from left to right.

The wave shown here is at end of the time frame. Which means it is registering the sound that occurred very very very slightly before the freezeframe. That is the sound of the bat hitting the ground. The bat had hit the ground and was on its way up already, hence the gap.

The wave CANNOT be the ball hitting the bat because that wave would first register on the left side of the time frame, not the extreme right side. Learn to read ultra edge/sound graphs first. Then pass judgments. If you can’t read them, stay silent.

It was a bat hitting the ground. These side-by-side images are not taken in identical split seconds.

1. Check the spot on the ball on the left of the featured image. It is almost in front of the percussion but on the right side, it is facing the side camera view.

2. The bat on the left is at the inclined point. Check the bad is vertical (90 degrees) on the right pic.

3. See pads are tilted on left towards the front. While on the picture in right. The knee (pads) are behind the toe of the foot.

Also, we all know that there was a bat hitting the ground so if the ball had also hit the bat then there would have been two peaks in the graph or maybe a gap between two spikes.

Learn to read ultra edge/sound graphs first. The frame next to this one is to be considered. Then pass judgments. If you can’t read them, stay silent.