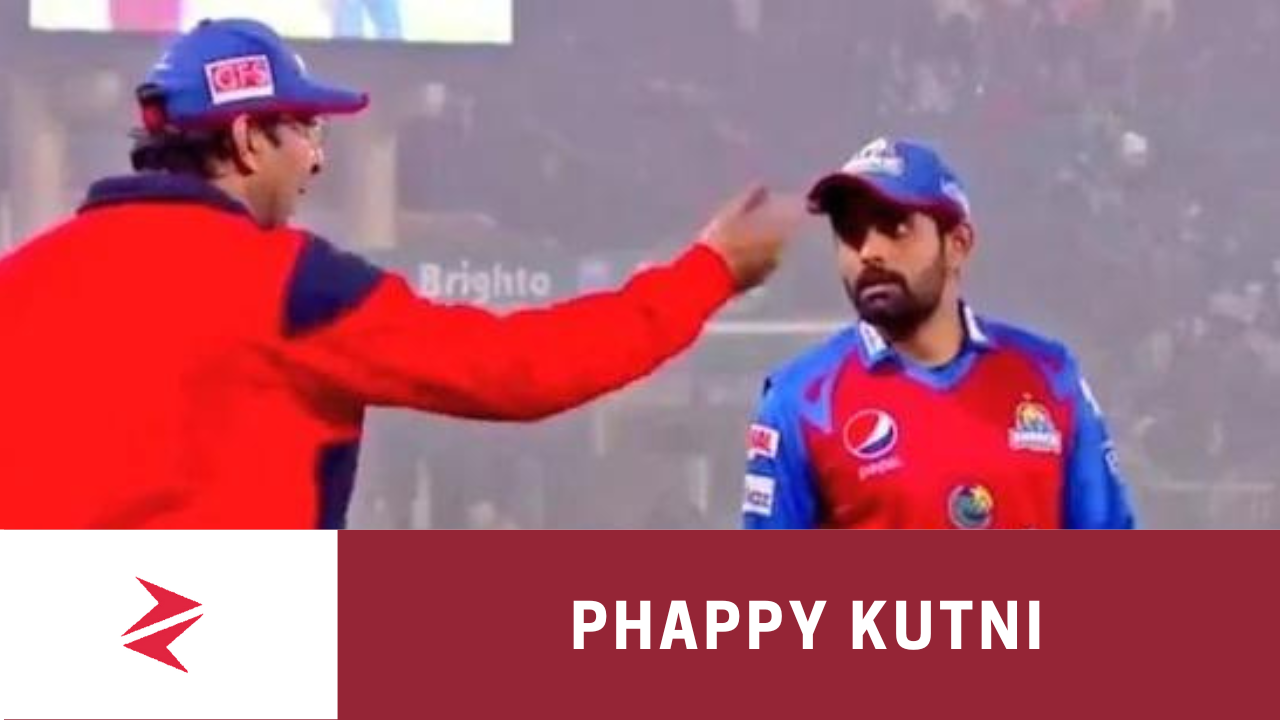 Clearly, Wasim Akram is not the wisest species alive. Wasim Akram has recently discouraged the video capturing of candid moments of the Pakistan Cricket Team from the dressing room without them knowing it. Someone who just shared dressing room talk last week, extremely unprompted, putting the captain in a bad light should not give such hot takes.

Wasim really needs to wobble his head. The same Wasim who said Babar refused to drop down to number 3? We all thought Wasim Akram’s cricketing intellect would be so high and he will be an asset in any dressing room now I understand why he never be asked to do coaching or be a mentor in any side except Karachi Kings where is role is minimised. He seriously lack awareness acts clown.

Someone tell him it’s better than doing cocaine

Wasim meaning they have got to cut back on these PR videos is I think a very boomer take. They don’t share any tactics or something important like that; all they share are positive moments. The players know when they are being recorded it isn’t a dressing room leak as such. It is a good thing and shows solidarity and team dynamic.

They are living in 90s. Wasim and Waqar are of different ages and there was continuous controversy in the dressing room. If Waseem Akram was born in the prehistoric dinosaur era when there were no social media even that is in his favor. Otherwise, his dance video, just a night before the 96 Quarter Final loss would have been viral. Wasim should self reflect.

One of the most proactive and creative media teams associated with a cricket team. Not just the men’s team, PCB media always comes up with some great content even for the women’s team. With PCB Media Team Promoting Pakistan Cricket Team Inside Stories we get real time emotions from a team that’s heavily criticized in every way. It’s okay to be told that they’re humans too. We must also understand that good teams keep opponents in dark about their plans and their state of mind to keep the ‘surprise’ factor — by releasing these videos pak team management might have only lost this advantage if it was mystery and not cricket!

Never in favor of dressing talk, player-to-player, or informal conversation shared on social media. I will say though, the sporadic videos with the big momentous wins and birthdays are more enjoyable. You show their training modules, their travelling etc but dressing room should not become a film studio. Can we stop treating players as commodity. Emotions within dressing room aren’t sellable to gain traction.

Related: Use of Technology in Cricket

I agree that PCB’s media team is one of the best but I think after a match ends, we need to give space to the team. There are some candid conversations to be had with players which cannot be done when you know the video is going to be uploaded.

We love Babar Azam and PCB is doing a good job

I think Babar’s in the dressing room after every match is a bit too much. Babar’s talk is not up to the standard which can be shared. I appreciate the PR they do but honestly, dressing-room speeches should be kept private. Especially when those locker room sermons aren’t even impressive. Yes, it does start getting cringe seeing Babar doing too many needless speeches. Even if it’s a motivational speech, no dressing room conversations should be revealed.

Yea let them cuddle with each other on camera, give funny interviews, act like jokers on the pitch, and share wholesome dugout videos but when it comes to performance. Recently, they have shown NO GAME PLAN; just vibes. Babar Azam is over-rated captain. Rizwan is selfish and the middle order is a joke.

Other content is fine. Like the players’ enthusiasm while watching the match. Players talks with eachother. They are a treat to watch. They might go a little overboard at times but PCB has one of the best media teams among all cricketing boards. Generally, love the content they create. Undoubtedly, Pakistan Cricket Team has the best media and content team.

Generally, it is percieved that Wasim and Waqar are two prominent bowlers of Pakistan. One of them was part of 1992 World Cup win. They served Pakistan like anything over the years. Surly, they knows more than any young journalist. Pakistan can learn a thing or two from them as they’re making a valid point. Old timers are just jealous of the old mentality, this is content that youth wants to see. Useless mindsets like Wasim Akram initial were also against BTS videos and all that, but when other boards especially BCCI copied that idea they began to appreciate.

These so-called cricket experts don’t know anything about modern days dynamics of sports. It’s about humanizing athletes. What they used to do in the dressing room and the environment of the dressing rooms in their times was certainly not to show. Wasim is just scared because the 90s dressing room was toxic. These guys have a problem with everything. Like they used to behave like angels in their time. Remember Waqar telling media that Wasim destroyed his career because he was not including him in playing eleven to ensure Waqar doesn’t take more wickets than him.

Those videos are the reasons even Indians are loving the Pakistani team. Everyone wants to see how these players are feeling and reacting unfiltered. These videos are the reason we came to know “Babar is such an amazing human being”. Nothing wrong with the content. It helps us relate to a current lot of players. These ex-cricketers couldn’t have done this because:

1. Cricket wasn’t as global or digital as it is now.

2. We all know what used to happen in dressing rooms. Stories from the 2009 Champions Trophy dressing room are horrible.

Anyway, this is the 2020s the era of social media. PCB is doing it right. Absolutely hate the ‘others teams don’t do it so why are we’ argument. Maybe make a documentary rather than a whole series/tournament. The videos from the PCB media team have provided us with a look at the human side of the sport, of the players involved. It helps us relate with them emotionally. Times have changed & PCB is ahead of the curve with this one. Should eventually do something like The Test on Amazon.

Cricket Australia made an entire documentary on their team which is available on Amazon and Indian cricket has something coming up as well. We saw cricket Australia’s “The Test”, such content makes you realize what players go through and the situations in the dressing rooms. One feels more for the players. Soon every cricket board will be posting such videos or making documentaries like The Test. It has produced Positive results for fans and for the team.

A great case study here is Anatomy of a Fighter Behind The Scene of Team Khabib’s journey in the UFC. It basically launched Khabib into worldwide superstardom.

This is an era of digital media. These clips make the fans more engaged with the team. Fans like me are loving the behind the scene footage. Well done PCB media team! Videos like PCB have been making rounds and made everyone feel so close to the team and made them so loved. As long as it’s done right now where they aren’t sharing any sensitive information, we’re good. The media should post the dressing room convo after the world cup or before the next one but not during it.

In the end, I would quote:

Do not treat players like schoolboysOnce Wise Wasim Akram