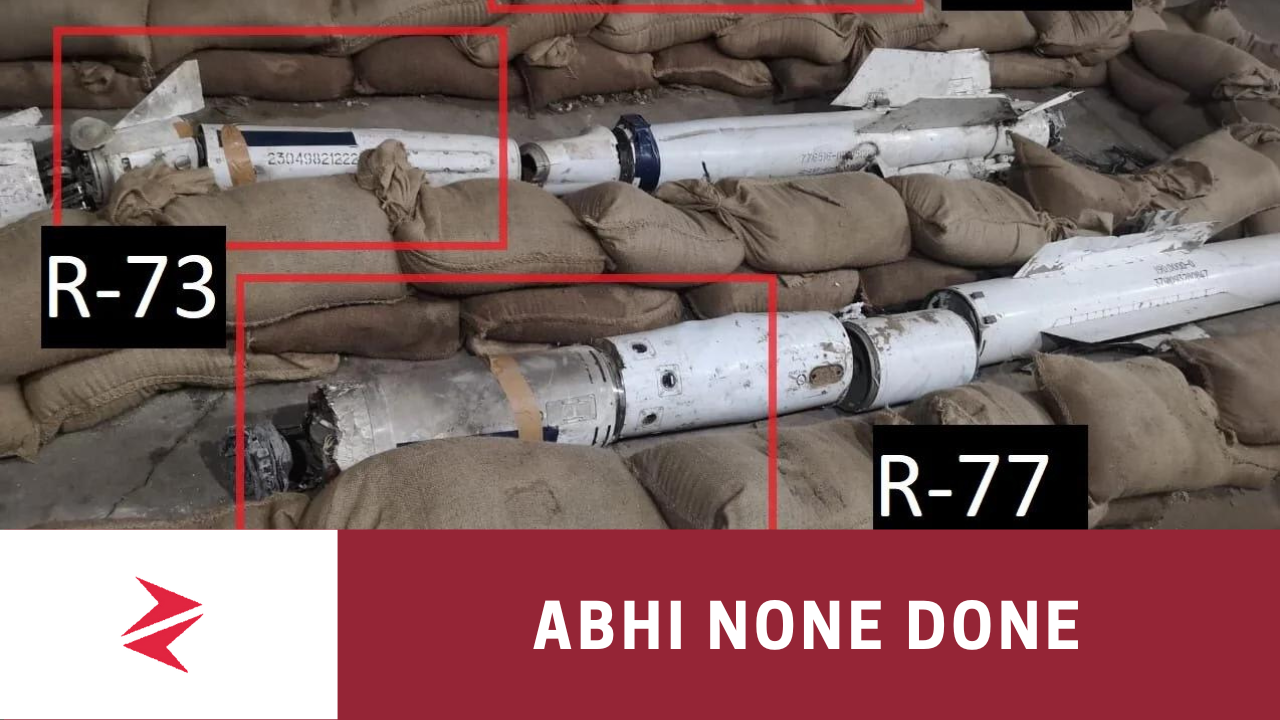 Whenever Indian media talks about Mig 21 and Abhinandhan, they never forget to remind about he downed F-16 etc. Same remind me the Indian movie scene in which nana patekar gang person always telling his story:

IAF Retires Mig-21 Bison Squadron PAF because of their frail design not fit for the modern era. Mig 21 is a death ride with so many Indian casualties. These aircraft are antiquated definitely time, for them to retire. Hope the entire flying coffins squadron gets retired this year even though it will decrease IAF fleet. It is better to be without fighter jet than fly these coffin makers. We want our fellow Indian nation to not bury in dismay but rather found dead fight. Not like this.

But there asrise many concerns:

So there was no debris ever found for the F16 and even Lockheed Martin rejected India’s claims, but still they will keep telling their children this false story. Lol. India is a funny country.

The IAF is fighting hard to match its fleet against China & Pakistan. India may have an edge over Pakistan, but it considers Pakistan to be as very strong and capable enemy.Entire world know that abinandan didn’t fired even a single missile. Pakistan invited military attachés of 170+ countries and showed them MiG-21 Bison wreckage with all its 4 missiles (2xR77 ADDER & 2xR73 ARCHER).

It’s good news that the IAF is retiring its Mig 21 fleet in phases. It has earned a grim nickname ‘Flying Coffin’ due to the high rate of accidents since it was inducted in 1963. They might as well because they haven’t a clue how to fly them properly. Over 200 pilots have been killed and over 400 accidents have taken place in the last 60 years. It is better to send them to Pakistan than to retire them so that our junior pilots can get shooting opportunities, it will also do India’s job.

Abhinandan didn’t even fire a single missile, he shot down complete Pak Squadron in Bollywood movies though. Like he downed an F16 but somehow got captured, got slaps of honour from Pakisani citizens and was filmed having a cup of tea with the enemy airforce. What actually happened was him getting his radar jammed, not knowing where the heck he is, getting hit by a missile from BVR. No F-16 was downed lock H martin and your uncle sam confirmed it. His Mig bison was downed along with a SU.

The poor guy never said himself that he downed an F-16, the US did an inventory count and confirmed no F-16 missing from Pakistan’s inventory, the shot down Mig had all missiles attached, there is no eye witness or video camera footage which is a norm in all modern aircraft and the Modi media is adamant that Mr Moustache downed an F-16 by saying chhu mantar.

Many independent investigating resources have confirmed that an F16 was never downed rather Indian Army Chief was a locked target as a surprise just before the chase which led to the death of one Indian Pilot whose aircraft was also shot and Abhinandan’s plane was also hit!

Whereas many Indian Bhakts find it important keep the planes in working condition so that they can be used in war situation. To them, Mig21 is the only plane which shot down F16. How wrong facts are depicted not even a single F-16 was downed confirmed by the american manafacturing and monitoring company and they are saying they downed. What a hypocrisy.

On the other hand! Pakistan Air Force bewares Enemy!

Indeginous JF-17 Thunder (Pakistan’s own manufactured,  joint SINO project) has full ‘air-to-air’ and ‘air-to-ground’ capabilities. This would explain the cordoning off of a lengthy stretch of Lahore-Islamabad Motorway. All the obstacles between the roads are removed from Peshawar till Lahore. Plus flight cancellations are made to Northern areas. PANA force’s ready to reply.

There are concerns regarding fleet of Pakistan Air Force turning obsolete. PAF needs to retire around 10 squadrons of its Mirages and F-7s till 2020 to keep pace with its development goals. The air force officials have gone on record raising their concerns about our eroding capability. In current state our Air Force cannot sustain operations for more than three weeks.

Surely, we could not be adamant to the fact that technology keeps the contest going. And that Pakistan Air Force has lost its qualitative edge big time and it faces urgent retirement of half of its operational squadrons, over next 3-4 years. Some also think that we have lost our qualitative edge to IAF thanks to the poor finances and rank indifferent leadership. And that despite good Air safety record, it is still different from combat potential. However, man makes the machine fly. ‘Junoon’ is a great substitute for power punch, as we ignominiously discovered in 1965.

The reader may also please look statistically the number of air accidents and machine failures for the IAF you’ll realise India’s dependence on Russian technology has always been a bad choice. Comparatively, Pakistan pretty much has an edge with a mix of American & Chinese technolgy along with in-house equipment. And now PAF too will participate in friendly strategic exercise with fellow Russian Air commands.

If the enemy state wishes to inaugurate war, Pakistan Air Force will take them to the deathly hallows…

History has proved PAF to be superior when ever the two forces were involved in air combat. Pakistan Air Force Videos from India media can be searched on the internet. In these videos, IAF analysts seem to conclude that PAF’s possession of air to air missiles. A single operational squadron of a super sonic match along with their highly trained fighter pilots was demoralising for the IAF crew.

No doubt, PAF Intelligence test is the most vigorous when it comes to criterion of aptitude. This was attributed to sound professionalism and training of Pakistan Air Force crew. Thier great serviceability and upkeep of war reserves. Thus, India’s numerical superiority was effectively neutralised and proved of little avail in the conflict. We are DAMN well smarter in offence and counter defence!

The ‘Junoon’ of these pilots is not to be taken lightly. I disagree that we’ve lost our edge…

Technically speaking, there could be a debate. But in terms of ”passion”, there is none. Pakistan Air Force ‘Shaheens’ are in a league of their own. I can assure you, it’s not as dire situation as you might feel. If Pakistan could send its troops voluntarily to peace keeping missions abroad. Sure it could respond to the call of duty at home. Kashmir is home.

Disclaimer: A broken India is in best interest of all the ammunition manufacturers and other services or products manufacturing companies and countries and that’s exactly what Indian pm is doing by pumping up few illiterate bhakts. India’s first priority should be education, basic hygiene facilities, health and fight against poverty. I think both countries should compete in technology make 5G or Advanced tech and provide best cheap price services to our nations and work hard to succes.