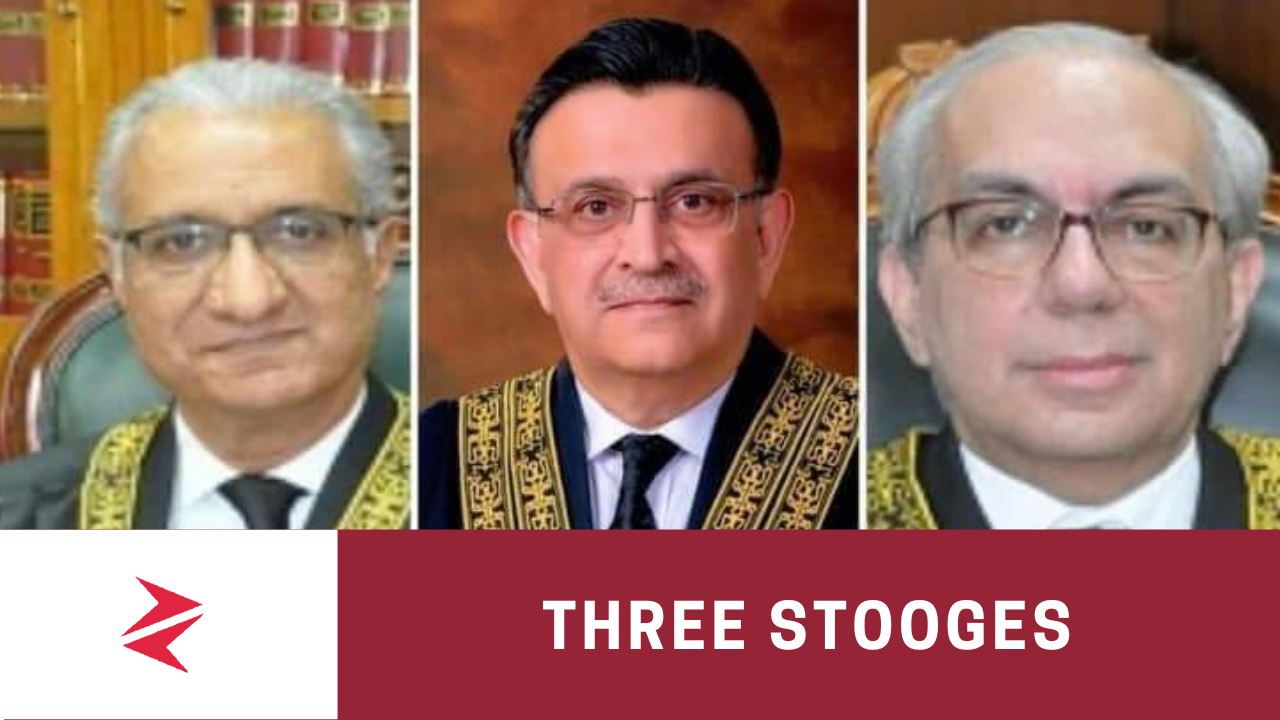 First and foremost, the featured image of the article is for attention and it does not disregard the honorable justices of the supreme court. I will explain it later. For now, please guide me in comments on a constitutional question.

If President Arif Alvi asks Prime Minister Shahbaz Sharif to get a vote of confidence under Article 3-91 of the Constitution in the National Assembly.

On whose directive will the 24 PTI MNAs be bound?

According to PTI’s recent constitutional interpretation, its 24 MNAs will be bound by parliamentary leader Raja Riaz’s instructions and his vote as well.

The count will be done as per the instructions of the parliamentary party head.

The practical interpretation of this is that Prime Minister Shahbaz Sharif has the confidence of 174+24=198 members of the National Assembly.

If Tehreek-e-Insaaf insists on this constitutional interpretation. It is virtually impossible to remove him from office through a no-confidence motion for the next one and a half years.

On the contrary, if Chaudhary Pervaiz Elahi is supported by Tehreek-e-Insaf in Punjab and if he becomes the chief minister, he will have the trust of 186 members of the provincial.

If so, Governor Punjab Baligh ur Rehman, under Article 7-130 of the Constitution can ask Ch Pervez Elahi to get a vote of confidence simply because in the absence of one MPA Chaudhary Pervaiz will lose the position of CM.

The Doctrine of Precedent and Common Law

It is hoped that this point will remain before the constitutional experts.