First Time Dads Should Know These Things Before Their Baby's Birth

How to Help Flood-Affected Victims in Pakistan

10 Ways to charge your RV 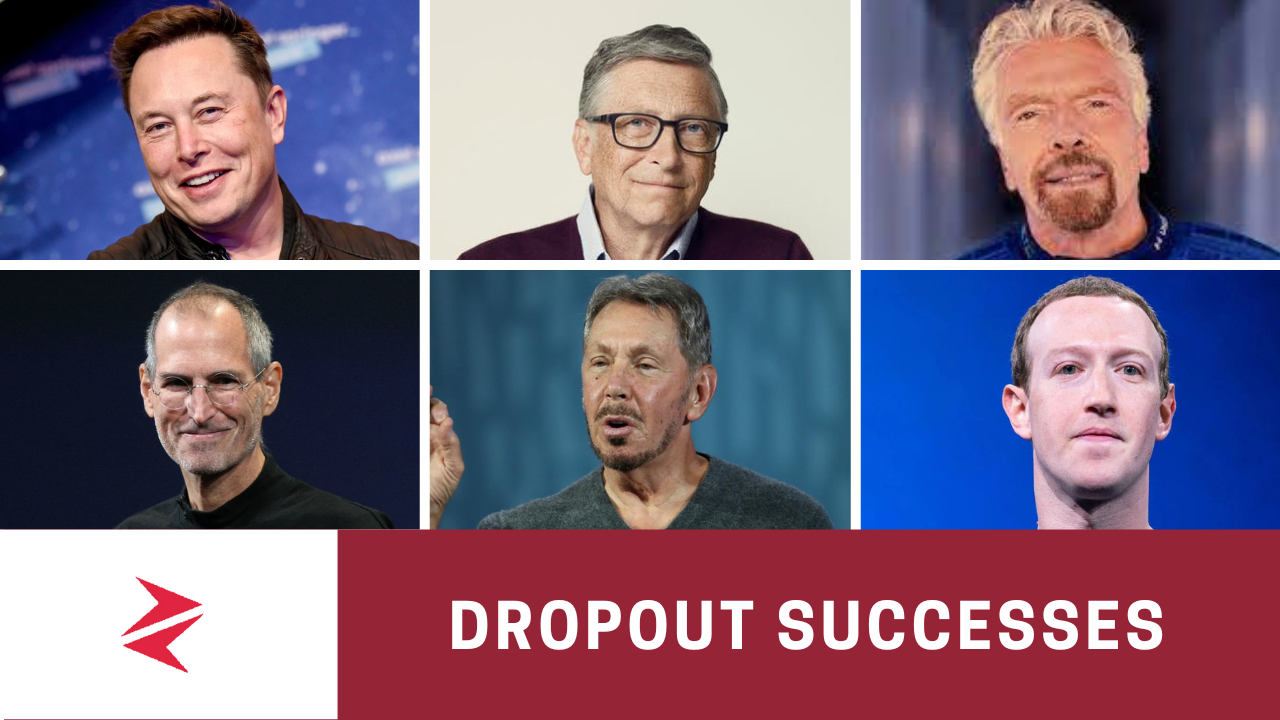 It is understandable that some people may feel ashamed or embarrassed about dropping out of college, as there is often a societal expectation that finishing college is a necessary step to success. However, it is important to remember that college is not the only path to success, and there are many successful people who have dropped out of college and achieved great things.

One reason why dropping out of college may not be something to be ashamed of is that it is not necessarily an indicator of a person’s intelligence or potential. There are many factors that can contribute to someone’s decision to drop out of colleges, such as financial issues, personal circumstances, or a lack of fit with the academic environment. These factors may have nothing to do with a person’s intelligence or ability to succeed in their chosen field.

Additionally, there are many successful people who have dropped out of college and gone on to achieve great things. Some examples include Mark Zuckerberg, the co-founder of Facebook, and Steve Jobs, the co-founder of Apple. Both of these individuals dropped out of college to pursue their entrepreneurial dreams and ended up building successful and influential companies.

Bill Gates is the co-founder of Microsoft, one of the world’s largest and most successful technology companies. He dropped out of Harvard University to pursue his entrepreneurial ambitions and eventually built Microsoft into a household name. He is now one of the richest people in the world.

Gates dropped out of Harvard University to co-found Microsoft, which is now one of the largest and most successful tech companies in the world.

Steve Jobs was the co-founder and CEO of Apple, a company known for its innovative and influential products such as the iPhone, iPad, and Mac. He dropped out of college but later returned to take a few classes at Reed College in Portland, Oregon. His vision and leadership helped turn Apple into a leading technology company.

Jobs dropped out of Reed College after only one semester, but later co-founded Apple and helped turn it into one of the most valuable and influential companies in the world.

Mark Zuckerberg is the co-founder and CEO of Facebook, one of the world’s largest and most influential social media platforms. He dropped out of Harvard University to focus on the development of Facebook, and his hard work and dedication paid off when the company went public in 2012, making him a billionaire.

Zuckerberg dropped out of Harvard University to focus on developing Facebook, which is now one of the largest and most popular social media platforms in the world.

Elon Musk is the CEO of SpaceX and Tesla, two companies that are revolutionizing the space industry and the automotive industry, respectively. He dropped out of the University of Pennsylvania to pursue his entrepreneurial dreams and has since become one of the most successful and influential entrepreneurs in the world.

Branson dropped out of school at the age of 16 to start his own business and later went on to found the Virgin Group, a conglomerate of more than 400 companies.

Sir Richard Branson is a British entrepreneur and business magnate who is best known as the founder of the Virgin Group, a conglomerate of more than 400 companies. Born in 1950, Branson dropped out of school at the age of 16 and started his first business, a magazine called Student, which he ran from the basement of a church.

Over the years, Branson has built the Virgin Group into a global brand, with ventures in sectors such as music, aviation, and hospitality. One of his most successful ventures is Virgin Atlantic, an airline that he founded in 1984. He has also invested in and supported numerous charitable causes through the Virgin Group, including efforts to combat climate change and promote social justice.

Branson is known for his risk-taking and innovative approach to business, and his companies have disrupted traditional industries and changed the way people live and work. He has been recognized for his contributions to business and philanthropy, receiving numerous awards and accolades throughout his career. Despite his many successes, Branson is known for his down-to-earth personality and his commitment to making a positive impact on the world.

Larry Ellison is the co-founder and CEO of Oracle, one of the world’s leading software companies. He dropped out of college and worked a variety of jobs before eventually starting Oracle. He is now one of the richest people in the world.

Ellison dropped out of college twice but later co-founded Oracle, which is now one of the largest and most successful tech companies in the world.

In short, dropping out of school does not define a person’s potential or success. It is important to focus on one’s strengths and goals and to pursue opportunities that align with those goals, rather than feeling ashamed or embarrassed about not following a traditional path.