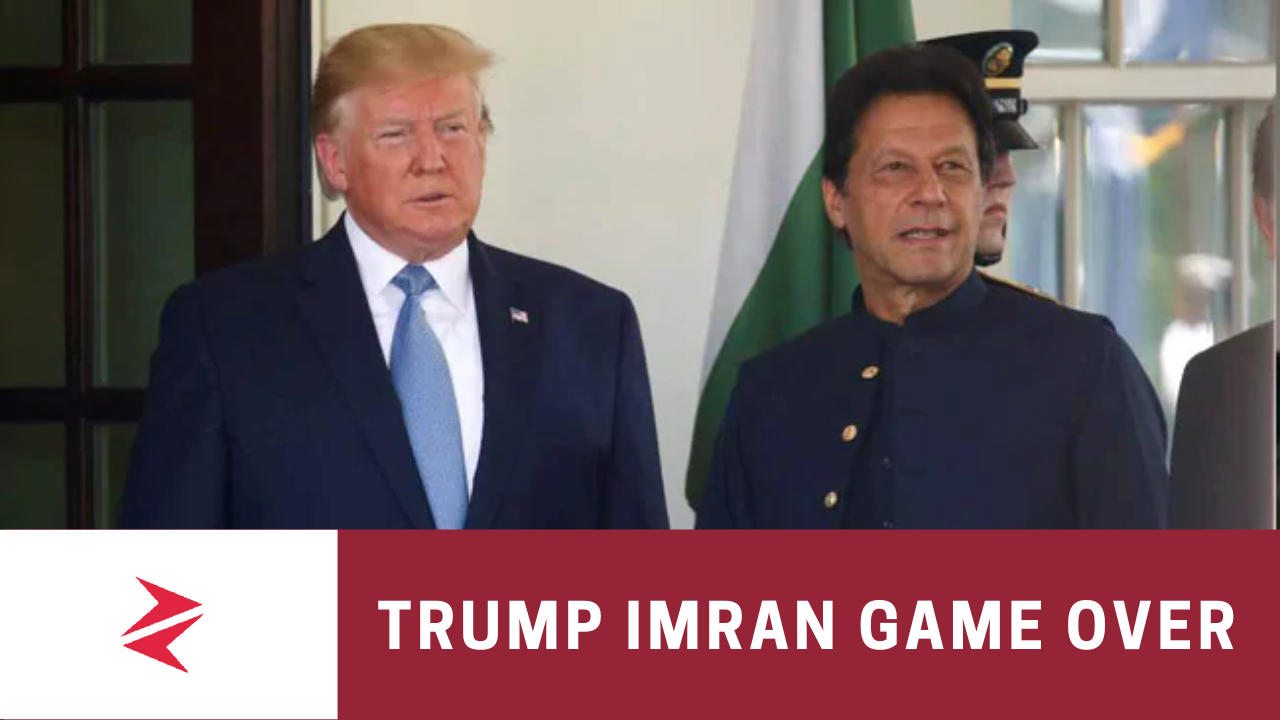 The end of Trump is the end of Khan. There is a lot of similarity between Imran Khan and Donald Trump. Both could be considered eighth and ninth Wonders of the world if not collectively called eighth.

Much like, Trump buried his ex-wife (no, not Melina, Melina Trump is his current wife) in his golf course to evade taxes by declaring it a cemetery; Imran Khan is not ready to bury the hatchet with his ex-wife Reham. He is found spewing hatred onto her through his supporters. But I will come that to later why he does that.

Recollect Republicans never loved Trump. Also, they are not aiding him right now other than empty talk.

American Media flavor is completely unique, they’re available to favor one side and the general public has acknowledged it. Fox was supportive of Trump, CNN was hostile to Trump, while; on paper media, Newyork Times was against Trump, and Washington Post with blended feelings.

Bezos is the worst nightmare for Trump

That is the individual who will fix Trump for eliminating the primary American African president out of the Whitehouse.

WaPo really destroyed Khashoggi by Trump for Bezos to straightforwardly arrange Jared a 500 Million credit for information from mutual funds concealing KSA cash from the lord!

WaPo is ruthless about Trump and the principal calculate pursuing him even today is tax avoidance. Today, they requested NYC country of Islam member DA to straightforwardly explore Trump.

So when you talk about colonial rule, what is your definition of such?

See Noriega’s story of how America creates the will to do the right thing. Of course, for progressive Pakistan, I’d like to see healthier US-Pak relations.

Why Americans are giving things to the KpK government? Nobody straightforwardly talked about this. It’s anything but no joking matter. I have seen many such gifts from nations in the dry ports of Pakistan. Ambulances, watching vehicles, and so forth. Furthermore, every ex-PM has pretty much-taken things. In any case, review MNS was rebuffed for not taking compensation. Envision the twisty reasoning of the Military of that time. Nawaz Sharif still wound up in Adiyala and Kot Lakhpat on the grounds that he didn’t take Bill Gates’s good cause.

And is the subcontinent, aboriginals, willing to trade one set of rulers for another?

Imran did the same thing, long ago I felt Imran wants to be a royal and wants his name on the list of people who ruled cause I could see him not having details of any idea except James Goldsmith’s 50 years old theory of planting trees because the west was using east as a slave nation.

While I don’t have anything personal against the USA, it does fascinate and concern me at the same time that China is taking over as the world’s pre-eminent economic power.

I could be wrong, but I don’t see China’s loans and CPEC as a function of goodwill only. They are very smartly building their economic empire while the west continues its scorched earth policies.

PTI has hired a lobbyist in America

PTI has hired a lobbying firm in DC at a cost of $25,000 per month. As per documents filed on August 9, the party has engaged Fenton/Arlock LLC to support PTI’s “goals for good relations with the United States and the Pakistani diaspora in the US.”

1) Grenier Consulting (US) $30,000: 1) The company has registered as “foreign agents” on behalf of Iftikhar ur Rehman Durrani (Ex-SAPM for Media). “Grenier” is a CIA veteran who was the CIA station chief in Islamabad during the US invasion of Afghanistan. (Foreign Agents #1)

IK nominated Bilal Ghaffar MPA PTI (Khi- PS-103) to sign 2 years-long contracts with Chinar & Kashmir Action Network for $7000 per month. Companies were founded by an activist “Carin Jodha Fischer” on Oct 20 and hired on Jan 21. She actively campaigns for PTI as well.

A Houston-based company which govt claims signed a pro-bono but acc to Stephen Payne President Linden and Consultant Joseph Fleming also registered on the account says, they’ll collect payment from the diaspora community.

PTI recruited more than 14 consultancy/campaigning firms across world for various reasons, including firms possessed by CIA veteran, Tom Reynolds (Republican Congressman) and so on and so on. They even had Julian Assange’s legal advisor, Barry Pollack, recruited as their unfamiliar specialist. Recruiting a lobbyist isn’t an issue, however, the manner in which the Former head of the state included the USA in a shift in power named them as engineers of the activity. Doesn’t suites PTI right currently campaigning in America to be companions with them.

A team is working on getting docs for their EU, Singapore, and Russia payments. I asked, how much Mark Spiegelman and Lock Lord and Bissell cost previous governments.

The question is how is PTI as a political entity paying such an amount on monthly basis to a lobbyist? From where are they getting these funds from?

I mean, why is hiring a lobbyist even presented in this theatrical manner? Granted, the N league didn’t seem much in the way of hiring lobbyists (correct me if I am wrong).

Well PTI employed lobbyists when they were in power similar to Trump. While Khan ought to have totally been more sensible on his analysis in regards to anything about US Regime change-genuine or saw (extra campaigning right now appears to be practically disputable) the Naya Daur is known to introduce one-sided, misleading content style detailing. Once more, lamentable that the media is going about as the defacto media wing of any party that isn’t PTI.

The money used to come from various places. Andaleeb Abbas was here to settle some issues before SQM sab became prominent in DC.

The current funds are coming from the pockets of some people who are under investigation by the FBI for being agents of Pakistan and not declaring their taxes.

Nobody knows this yet, however, PTI has parted and since American PTI is being scrutinized for FARA regulation, they chose to recruit congresspersons to be protected and put on an act. An extremely decent individual Zuberi sab who was a man contributor in the Musharaf time is currently in prison for a very long time for disregarding similar definite regulations FARA and similar individuals who worked with him for hall designs are presented in this new arrangement.

Imran Khan has been trumped

We are just waiting for the last nail in the coffin. Does Imran want to be incarcerated here instead of overseas? But on what charges? They couldn’t prove noon league embezzlement, how will they find Imran’s? This is an effort to save their lives!

We have a criminal case against PTI in NYC court and one in DC.

I don’t know if they are biased or not but one thing I surely know is that khan is totally going against his own narrative of American interference/conspiracy, that got his govt toppled. That’s the point of it. I hope you get it.

Khan will be given over to the USA for the world’s greatest middle-class wrongdoing and British Govt informed COAS last year. Media people had a post-op interview from a business knowledge unit on 200 visits of British govt authorities to GHQ just after when a few Muslim unfamiliar priests began visiting Islamabad is anybody reviews. One of the visits was extremely peculiar, the British armed force boss brought COAS into his plane for a three-hour trip in the air above Pakistan and returned.

So knowing some details of Abraaj operation something is very wrong here.

A year ago the same issue when brought up no one actually believed, now the same people are doing talk shows on PTI links to money laundering. Now even today they referenced a Tosha Khana watch theft case against an Ex PM. The sale money of which has been claimed by Khan himself to have been used for the pavement of the pathway to Imran Khan’s house. Go figure!